It suddenly happened in the summer of 2021. An unexpected cardiac arrest. This time the victim was a 4-year-old girl.

Fortunately, the girl’s father, Mat Uber, 46, of Carmel, Indiana, saved the little girl’s life after deploying CPR – something he remembered from watching The Office, a sitcom on NBC.

Mr. Uber spoke of the horrifying moment when he realized he had to move fast to rescue his daughter, Vera Posey.

A sudden cardiac arrest (SCA)  during a game of tag was the reason. Having watched CPR on the series, The Office, Uber revived his daughter using what he had remembered. He said Steve Carrell, who played MIchael Scott on the TV show, performed CPR on one of the episodes.

After a few seconds of laughter during the game of chase, Uber’s daughter suddenly slowed down. He said he saw her lying on the ground when he turned around.

Uber added he thought she had hit her head. At that moment, his mind flashbacked to the TV show and CPR. He urged his 16-year-old daughter to call an ambulance.

In the episode, a CPR teacher visits Dunder Mifflin to educate the staff on how to do chest compressions in tune to the Bee Gees’ 1970s tune Stayin’ Alive.

Uber said, he wondered, “‘What do I know about CPR?’ I don’t have formal training.” He added that the scene from The Office suddenly came to him during that panic-stricken moment. He needed to do something to keep his daughter alive, and do it immediately.

The family later found out that Vera had a life-threatening and rare syndrome that affects the heart’s rhythm called calmodulinopahty.

Paramedics used a defibrillator (AED) to shock Vera’s heart back to a normal while resuming  CPR and resuscitation efforts.

At Riley Hospital for Children in Indianapolis, Uber and his wife discovered that their daughter had gone into cardiac arrest. According to Uber, Vera had no warning signs before the event.

Little Vera received a cardioverter defibrillator (ICD), an implantable device that shocks the heart into working if it stops functioning. Uber hopes that his family’s story will inspire people to get officially certified in CPR and AED.

While CPR, no doubt, saves lives, knowing how to use an automated defibrillator (AED) ensures increased survival rates.

Because it is a medical emergency, sudden cardiac arrest (SCA) must be taken seriously. That is why both CPR and AED training are imperative. When an AED is used, an electric shock is delivered to the heart via the AED. A heart that has stopped beating is brought back into rhythm by applying a jolt of electricity.

Needless to say, both CPR and defibrillation work best when performed as soon as possible following the  onset of an SCA. SCA survivability decreases at an alarming rate with each passing minute.

First responders, such as police officers and paramedics, are familiar with the steps used for defibrillation. If someone is showing signs or symptoms of SCA, call 9-1-1 immediately. The sooner you seek assistance, the sooner they can start receiving life-saving care.

Bystanders can use AEDs and do not need to be emergency personnel. The portable devices often are found at public sites, such as golf courses, airports, cansinos, malls, and hotels.

If an arrhythmia is detected, an AED is programmed to deliver an electric shock. The programming only allows the current to be transmitted to SCA victims. CPR should be given until you can gain access to an AED.

If you or a loved one is at risk for an SCA, you might consider getting advice from a doctor about adding an AED in your home. SCAs can happen without warning. Make sure you are equipped by learning CPR and the AED process. 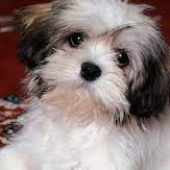