Summer job equipped me to save a life years later

Summer job equipped me to save a life years later 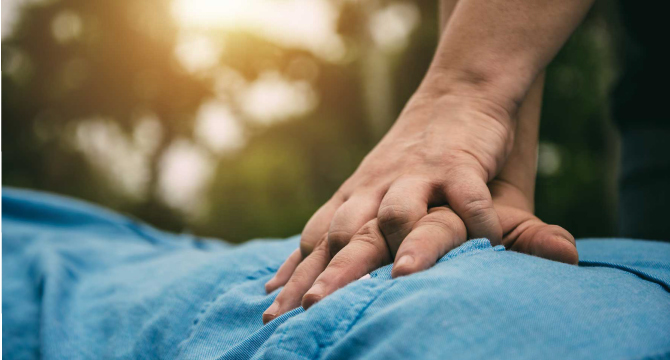 During my teen years I became a life guard like so many of my peers and, thus, had to be trained in how to respond to emergencies.  If you had asked me then how to perform CPR or give aid I would have laughed about that weekend class I had taken because I did not remember anything. Beyond minor saves and giving out Band-Aids as a lifeguard, I wasn’t using any of the others skills and they faded.

However, just a couple years later, I was driving home and saw a woman lying on the side of the road.  Her family was listening to the instructions being given over the phone but I could see that the hands were not placed correctly, the correct amount of pressure wasn’t being applied, and the rate of compressions was too slow.  I pulled over and asked the family for permission to help and I instinctively took over.  I checked the heart rate and checked for breathing.  She needed CPR and she needed it to be done correctly….100 compressions every minute… 2 breaths after every 30 compressions…head tilted…hold the nose….all the training flooded back.   Finally an ambulance arrived and the paramedics took over.  She appeared dead to me but I knew I had tried my best and at least I knew how to help.

The next day at my restaurant job, there was that same family sitting at one of my tables.  We were all surprised.  The coincidence was unbelievable!  I had never even mentioned my job or my name.  They informed me that, while still in critical condition, the lady was alive and recovering.

Someone lived because of a CPR class that I needed for a high-school summer job, a class that did not prove useful at the time yet saved a woman’s life later.